Eleven Things Not To Do In Sardinia

There are some things not to do in Sardinia. It’s that simple. You really should avoid them.

If there is one thing that we never get tired of in Sardinia, that is pointing out that our region is fantastic and truly a world apart. Italian by law, Sardinia is and feels different. Italians themselves feel they are in foreign territory when they visit – they can’t quite put their finger on it, but they know there is something unique about Sardinia that makes it feel exotic.

It is a gorgeous island, right in the heart of the Mediterranean sea, inhabited by people who can and will give anything they have, without ever expecting anything in return; people who are however very proud and can easily get offended whenever they feel someone is lacking them respect.

Thus, here’s a short list of the things not to do in Sardinia – never, for any reason. Follow the rules, or take the risk!

Sardinian women are strong and proud – visit Sardinia to check

11 Things Not To Do In Sardinia

Ask us if Sardinia is near Venice. Or Rome. Or north or south.

We take it for granted that literally everybody should know where our beautiful land is located. Don’t tell us that you drove by it once: it will only lead us to make fun of you (see point 10 below). It’s one of the things not to do in Sardinia.

That’s where Sardinia is – photo courtesy of http://www.freelargeimages.com/

Or do so, if you want to see our reaction (which may not be as pleasant as you’d expect!). You may face an avalanche of insults for such a question. We get it – most of you come from boring, grey, gloomy cities and you love Sardinia. But this is not the way to get your point across.

More than anything, do not underestimate our intelligence (and yours) with such a common sense sentence. And – hint hint – before asking us, do some reading and find out about the financial situation of Sardinia. That may give you a good answer before you make a fool of yourself. So repeat with me: one of the things not to do in Sardinia is saying you can’t understand why we leave.

You will often hear us Sardinians say ajo, to mean “let’s go”, or eja to mean “yes”. But knowing what those two word mean isn’t in any way indicative that you can actually speak the local language (by the way, it is a language and not a dialect).

I can promise you that regularly repeating “ajo’” won’t make you look nicer or cooler to a Sardinian. In fact, you’re more likely to look like somewhat of a fool. If you are really keen on it, use it among yourself. But don’t scream “ajo’” to a Sardinian. Hint: we kind of get tired of it.

Say you’d like to have a small bite, or a snack.

If you your idea of a bite is that of a small, light meal, or at most a sandwich, keep in mind that here in Sardinia it may quickly turn into a full meal that would do best served at a wedding reception. One of the things not to do in Sardinia, ever, is to mention that you feel like having a snack to someone from Sardinia, or you may end up having to spend some two hours eating like it is your last day on this beautiful earth. It goes with the Sardinian sense of hospitality. We would not want anyone to leave our home feeling hungry. 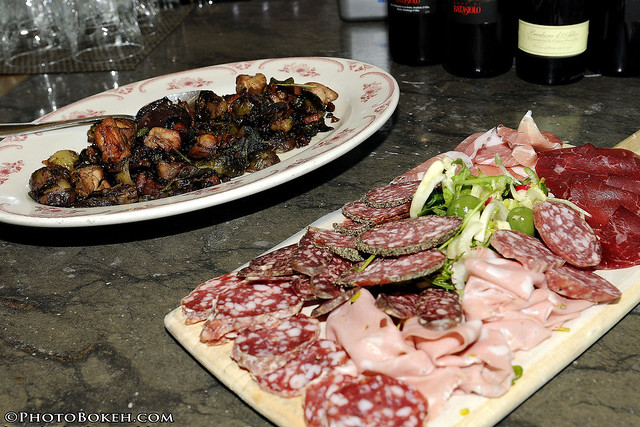 I’ll have just a small bite

Say no to a drink.

This rule is particularly valid in the areas of Nuoro and Barbagia. If someone offers you a drink you shall never, ever, for any reason refuse. So, if someone gets you a drink, drink it. And if they keep pouring, drink more. Mirto (traditional myrtle berries liquor)? Fil’e ferru (Sardinian grappa)? A little wine? A beer? As long as you keep drinking.

This way, we’re all merrier and become good friends. And, going back to point 4 above, we would not want anybody leaving our home thirsty. 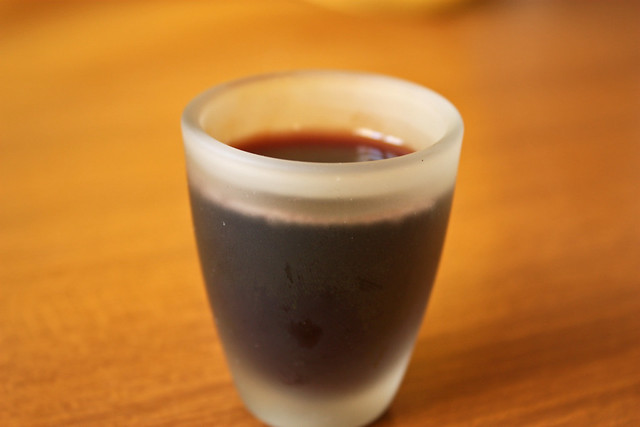 Have that mirto. HAVE. IT.

Say that Ichnusa, the local beer, is tasteless.

If you really care for your life, never dare saying that Ichnusa isn’t the best beer you’ve ever had. It’s one of the things not to do in Sardinia. You see, if you offend Ichnusa, you are pretty much offending Sardinians. Even if you think it is not really too tasty, it is light, mild, or barely drinkable, never say it out loud. You may have to face the anger of a bunch of Sardinians – young and old, men and women.

The lady holding the shot gun in the mural was painted to scare away people saying Sardinian Ichnusa isn’t good. The fact that Ichnusa is actually owned by a foreign company and that the only Sardinian thing in there is the name, is obviously completely irrelevant. (Hint: we do know Ichnusa isn’t the best beer, but we are allowed to say it). 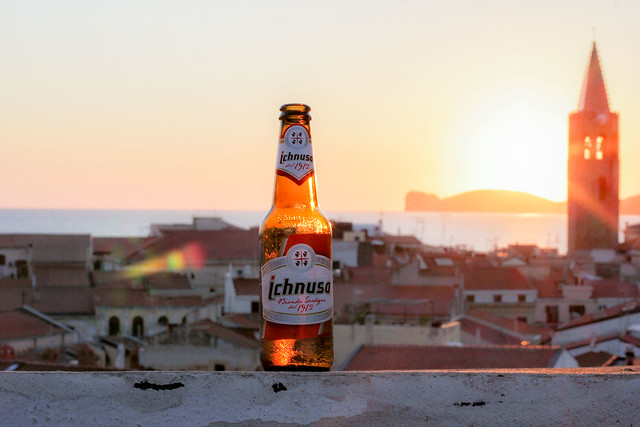 The best beer in the world

Try to outsmart a Sardinian.

We Sardinians are smart and educated. We read a lot (could be due to the fact that we live on an island and get bored for only being able to drive at most 350 km from bottom west to top east), and we do a lot. Don’t try to teach us a lesson. Even those who look really ignorant to you, will have a sharp tongue which will turn you shy in a second. You have been warned.

Challenge a Sardinian to do anything.

As I have already said, Sardinians are proud. If you dare to challenge any of us Sardinians to do something – dangerous or not – you can rest assured we will. We are on the stubborn side, and we can hardly stand people telling us what to do. You never know what the consequences may be!

Stop the sheep from crossing first.

Sheep outnumbers humans in Sardinia. It does happen to see flocks near the city. In the (actually likely) circumstance that you encounter a flock of sheep, sit and wait till they’re done crossing, even if they seem like a million and you are running late for a date, and by all means do not try to get across the flock with your car, even if you intend to drive really really slow. Shepherds would not appreciate you and you surely would not want to start a fight with them (see points 6 and 7 above). Again, don’t say you haven’t been warned! 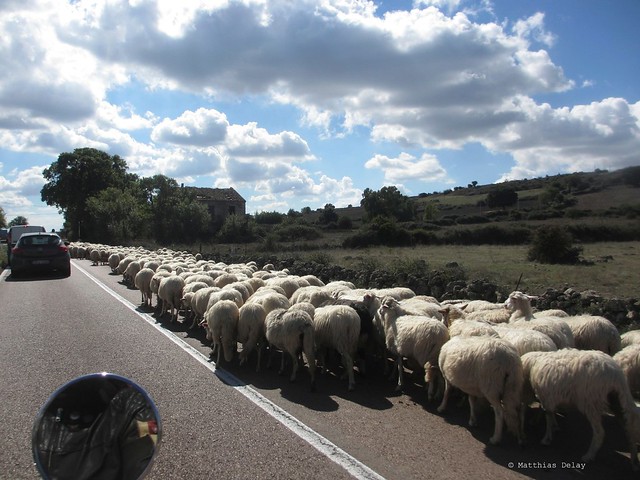 Sheep have the right of way

Take what a Sardinian says too literally.

We Sardinians have quite a subtle sense of humor. Don’t take what we tell you too seriously (even if we looks serious, and at times even hostile). We’re likely making fun of you. Rather, if you manage, sharpen your tongue and answer appropriately. By all means, do not get offended. In any case, an offer of a drink will settle all matters (see points 4 and 6 above).

Fall in love with Sardinia.

Don’t leave your heart in Sardinia, don’t fall in love with its beaches, its clear waters, its gorgeous nature, its history and culture. It may soon turn into a disease which will be hard to cure. And once Sardinia and Sardinians sneak their way into your heart, it will be hard not to come back.

Have you ever been to Sardinia? Did you find Sardinians to be unique? Discover more things to do in Sardinia on my post “A Local’s Guide To The Things To Do In Sardinia.”