I’ve always been fascinated with Southeast Asia. When I started my backpacking journey, I made sure to travel there before going to anywhere else. I took out my Lonely Planet travel guides with pages I’ve marked “must visit” and began to arrange my month-long itinerary.

Of course, I wanted this trip to be well-documented. So I packed my DSLR, a few camera lenses, and a sturdy lightweight camera tripod, then off I went to Southeast Asia. 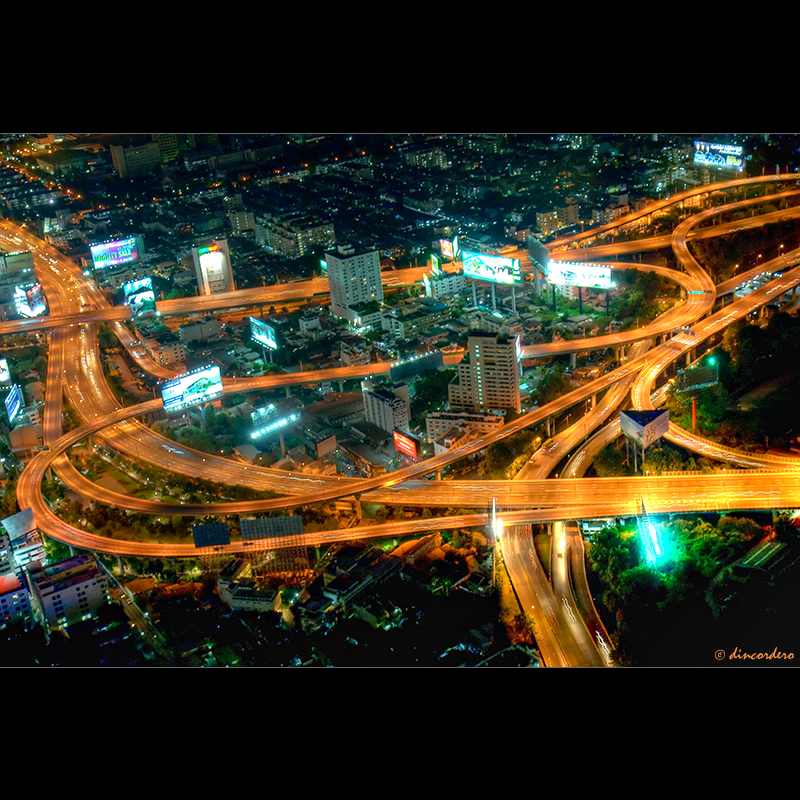 I love cityscapes, and I was amazed by the view from the deck of the Baiyoke Sky tower. The hotel beside it was my home during my five-day stay in Bangkok. Although the hotel itself might be underwhelming for some, the cityscape view at the 84th floor was spectacular. The expressways looked like roller coaster tracks from above, especially when it’s lit at night.

Pro tip: I shoot with my camera pointing to the east in the evening to capture the cityscape view with the expressways. I also enjoyed creating a timelapse video of the cityscape and upload it on a live platform like Instagram Stories or Snapchat for better impact. 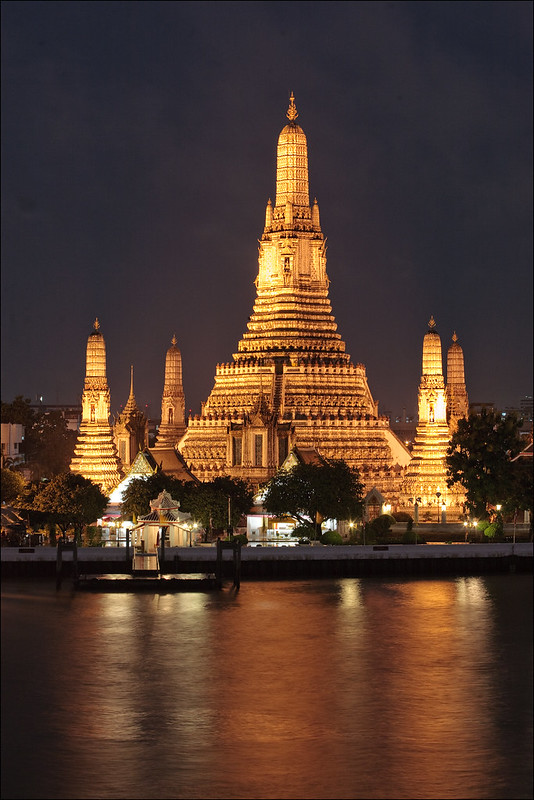 I need a bit of brushing up on my travel photography know-how on capturing a scenery while you’re in a moving vehicle, as the best way to take a photo of the Wat Arun temple is aboard a ferry cruising the Chao Phraya river.

The temple got its name from the Hindu god Aruna, whose name means reddish glow of the rising sun. But in order to see the temple glow in all its glory, I took the cruise at nighttime when the structure is illuminated like gold. I was in awe of how surreal it looks against the city’s dark evening sky.

While I was at it, I also captured the triangle-shaped bridge across the river and enjoyed the unique dining experience and entertainment aboard the ferry boat. People make interesting subjects in photos.

To find out more about Bangkok attractions head over to my post “Nine fabulous things to do in Bangkok.”

After sightseeing at Bangkok and getting my fill of Thai food, I took a bus to cross the border over to Cambodia where my next adventure awaited me.

When I set foot in this place, I felt like I was transported to a real-life set of the video game Temple Run. A religious building like no other, the Angkor Wat showcases ancient Khmer or Cambodian architecture. Everything about this place is grandiose; it’s no wonder it’s voted as Lonely Planet’s number 1 sight in the world.

It’s like a little world on its own with its lower courtyards that look like small continents, moat that appears to be miniature version of oceans, and the seven-headed serpent (Naga) statue within the temple grounds.

To get a good panoramic shot of Angkor Wat, I had to go to the temple in the wee hours of the morning (around 4:00 a.m.) and wait for the sun to rise for the best lighting possible.

I also took photos of the carvings on the outer wall and the sculptures on the western side. The intricate details on each sculpture are truly a feast for the eyes — I surely didn’t want to miss shooting these.

And of course, my Angkor Wat experience wouldn’t have been complete without taking a snap of the iconic Bayon temple where humongous, serene faces of what is believed as the Buddhist god of compassion Lokeshvara are sculpted on its exterior.

To read more about Siem Reap and Angkor Wat, check my post “Visiting Angkor Wat and other things to do in Siem Reap.”

The buzzing life along the Mekong

After spending three sweet days trying to capture the best of what Angkor Wat had to offer, I hopped on another bus ride to reach the border of Cambodia and Vietnam. I made it just in time for breakfast and sightseeing at the Mekong Delta floating market.

Riding a small boat, I cruised along the river and ogled at the stores on boats and rafts selling fragrant herbs, fruits, vegetables, cooked food, and novelty items. There were regular boats and improvised ones, reinforced with tires and old doors that looked like they used to be part of a house, to accommodate more items like a food weighing scale and a small stove for the locals’ livelihood.

The whole thing was too lively and colorful to miss, so I made sure to capture everything I could. The Mekong Delta experience was unique not just because it was a floating market but also because of the energy of the people in it.

To discover more about Vietnam, head over to my post “A concise guide to the things to do in Vietnam.” 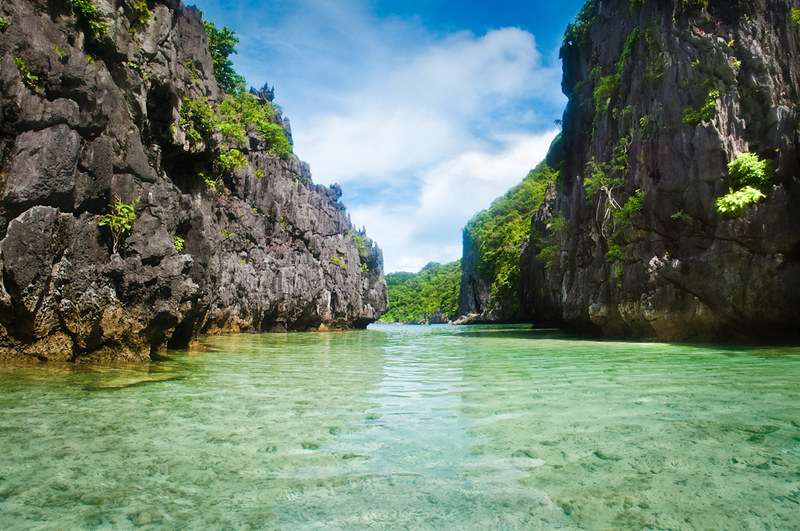 I’ve heard a lot of good things about the beaches in the Philippines like Boracay, Pagudpud, Coron, and El Nido. The last one seemed to be the most enticing, so I took a 3.5 hour-long plane ride to Puerto Princesa City from Vietnam. From there, I made my way to El Nido through a five-hour travel by land. The Palawan province (where El Nido is located) was pretty far, but hey, it’s not called “The Final Frontier” of the Philippines for nothing.

Upon arriving, I was pretty pleased. It was paradise in its purest form. El Nido’s turquoise blue waters sparkle when the sun hits its surface. The smaller islands within the town take on different shapes and forms, so there’s always something unique for your camera to snap a photo of.

There’s no way anybody can go wrong in shooting the islands. The palm and banana trees fit the frame perfectly at any angle, as if they’re strategically positioned for proper framing. El Nido’s white sand and perfect natural lighting tie the elements of your photo together, so I could achieve balance in terms of color and composition.

I didn’t even have to fiddle with my camera’s settings or figure out the right shooting angle. Everything is effortlessly picture-perfect!